For the next three weeks in the Spiritual Growth series, Pastor Wilson is going to be showing us how sin is a barrier to our spiritual growth and what to do about it.  You need these lessons in your toolbox!

In chapter seven of Romans, Paul gets real honest with us and tells us how he can’t stop sinning because sin still dwells in his body even though his heart wants to obey God.  We all face this if we are converted.  Paul says, “I do the very thing I hate.”  I know I do this too.  I really want to shun all gossip in my life but sometimes before I know it, it just pours out of my mouth.  I can just feel the shame and guilt.  How could I disobey God after all He has done for me?  “I am so wretched,” is mine and Paul’s belief.

Then Paul burst forth with joy in chapter eight telling us of his confidence through all of this because he knows that he is indeed a saint and sinner in life by God’s design.  The sin is left in his body to keep him humble.  He knows that there is no condemnation to be had for him from God on the day they meet.

Some people read Paul’s account of his own sin and conclude that yes, they have sin and there’s nothing they can do about it.  “Oh well,” they say.  In Romans 8:12-13 Paul tells us that we should feel indebted to Christ for this forgiveness of sins, serve Him, and then we must put to death the ‘deeds of the body’ (sin).  There is an actual fight we must take up.  In Matthew 5:29-30 Jesus says fight it to whatever extent necessary.  They are both saying you have to take this sin thing seriously and kill it.

In 1 Samuel 15:1-35 we see God commanding King Saul to go and annihilate every living person, animal and property of the Amalekite tribe because of their evil behavior towards Israel.  This was to be a fulfillment of a promise God had made earlier.  The Amalekites represented evil and sin and God wanted it killed.  Saul has most of the people killed but captures the king and saves some of the choice animals.  Saul was sent to kill sin completely but decided some of it was acceptable to keep.  He had ‘selective morality’.

We do the same thing today.  God commands us to do all we can to kill sin in our fallen bodies but we decide some sin is acceptable to keep.  He even goes so far as to spell it out for us in the Bible.  Take sexual immorality for example.  We will justify fornication and homosexuality with every social norm and law we can throw at it.  Look at abortion.  God tells us murdering His created children is a sin but if a ten-year-old girl is raped by her uncle, killing the fetus is seen as lifesaving justice for the girl.

No one is denying the good intentions of someone wanting to express love to another or reversing a travesty perpetrated on a small child but certain ways of doing this (homosexuality, abortion) are out of bounds for the Christian.  It’s still disobedience to God, no matter the good intention.  These things are a perversion of obedience and no obedience at all.  God will handle these two scenarios just like He did with Saul in 1 Samuel 15:22-26.

What is the “respectable” sin in my life that I justify and coddle?

Justification of sin always snakes out into levels of tolerance towards sins as directed by the little “g” gods in our society (media, talking heads, celebs).  It’s all over the news lately.  Sexual harassment of women is deemed unconscionable, but homosexuality and fornication are still celebrated.  Is it really such a stretch to see a carnal man, devoid of sexual boundaries in public, make a pass at a woman in private?  Why is this news?  Oh, I forgot…we are supposed to see the pagan “love wins” crowd as beyond selfishly hurting others. 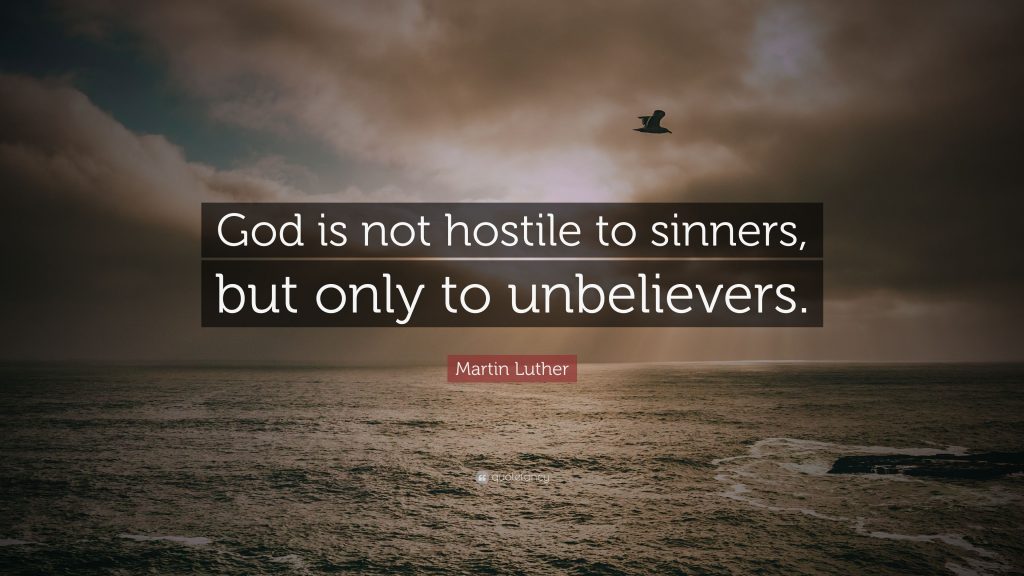 Saul tried to make the excuse that keeping some of the spoils of war was for sacrificing to God.  Who wouldn’t we think giving sacrifices to God is a good thing, right?  God; that’s who.  The prophet Samuel confronts Saul…

1 Samuel 15:22-23
For rebellion is as the sin of divination [evil witchcraft],
and presumption is as iniquity and idolatry [You become your own God].
Because you have rejected the word of the Lord [irregardless of your good intentions],
he has also rejected you from being king.

The abiding sin of disobedience robs you of your usefulness in God’s kingdom and will halt your spiritual growth.  Your cosmic purpose here on earth then becomes a great big cosmic joke.  If it (sin) offends, you have to annihilate it, cut it off, hack it to death.  You can no longer continue in your sin and expect things to go well; let alone you continuing to grow in the image of Christ.  What is the point of living a Christian life in joyless, miserable rebellion against God?

In verse 24, Saul gives a lame excuse as to why he disobeyed God.  He says he did it because he feared the people.  It was the people’s fault?  I’m sensing a very modern pattern here:

This was not ‘sorry I have sinned against a holy God’.  This was ‘sorry, I got caught’.  The author of Hebrews captures this beautifully…

Hebrews 12:15-17
See to it that no one fails to obtain the grace of God; that no “root of bitterness” [sin] springs up and causes trouble, and by it many become defiled; that no one is sexually immoral or unholy like Esau, who sold his birthright for a single meal. For you know that afterward, when he desired to inherit the blessing, he was rejected, for he found no chance to repent, though he sought it with [fake] tears.

Esau and King Saul still wanted the prize.  Real repentance should want the grievous pain of guilt removed and nothing else; despite the loss of any promised blessing.  You have to be sorry for offending a holy God.  If you feel this guilt, praise God.  Let it drive you to your knees in pain knowing there is only one way back up and that’s through the forgiveness of Christ.  Stay there until you can feel that joy, that hope, that completeness.  That’s the real prize.

Just as the prophet Samuel took a sword and hacked King Agag (the embodiment of sin) to death at the end of the story, like God had originally commanded; so should we hack our sin to death by whatever means necessary.  This is what God wanted and God always gets what He wants.  No man and no sin can ever stop His plans.  Good and bad men, women, and children died in this saga and all of it was in God’s design and in His timing.  Nothing was ever out of His control.

There is more hope and more to know on spiritual growth.  I hope you will subscribe to this blog and keep learning all God has to teach through these lessons taught by Pastor Steve Wilson of Grace Community Church in Bowling Green, KY.  You can listen ahead to next week’s lesson here: Killing Sexual Sins, December 10, 2017.