“The New Normal – How and Where Christianity is Lighting the World”

The Shift to the South

In my first post, I wrote: ‘God desires worshipers and He has charged His children, the church, to be engaged in the seeking endeavor so that the world might be found worshiping Him in spirit and truth.’ For most of my years in the church, this mission was decidedly American and European-centered. In other words, the West was leading the mission charge around the world. Christianity was spreading from that center. But today there is a dramatic shift. Consider:

These areas of growth are grouped together in what is being called The Global South. Soon, most of the world’s missionaries will come from that area – and the United States is quickly becoming the targeted mission field.

The Gospel Dilemma in Africa

Whenever we consider world missions and the statistics that offer us a glimpse into what is going on, we must account for the challenge of separating the wheat from the chaff. In other words, all so-called Christian churches are not, in fact, Christian as defined by the gospel. And even if we focus on growth in one area, ‘evangelical Christianity’, we are left with an unclear picture. You see, much if not most of the growth in Africa (it would be the same most everywhere in the Global South) is driven by the mission and church planting zeal of the charismatic movement: preaching a Prosperity Gospel that is NO GOSPEL.

Conrad Mbewe, Pastor of the Kabwata Baptist Church in Zambia has insight into the dilemma that the gospel faces in Africa. Many of you are familiar with Conrad’s ministry – he has been a frequent speaker at the Shepherds’ Conference in California and was our own Rostern Tembo’s pastor when he was in Africa. He writes:

Jesus said, “…whoever causes one of these little ones who believe in me to sin, it would be better for him to have a great millstone fastened around his neck and to be drowned in the depth of the sea. Woe to the world for temptations to sin! For it is necessary that temptations come, but woe to the one by whom the temptation comes!” (Matthew 18:6-7)

The Gospel Hope in Africa

Despite the dross, the chaff, the weeds that the enemy has sown in God’s field in Africa, the growth of gospel-centered, faithful churches is also happening. God is at work. His desire that the world would be found worshiping Him in spirit and truth continues. Wherever the gospel is clearly proclaimed, hope looms large!

In Zambia, a faithful work is expanding:

Each of these churches worship in the Reformed Baptist tradition with unwavering commitments to the exposition of Scripture and the spiritual growth of its members.

An Invitation from Africa

The Kafue Reformed Baptist Church (Pastor Kennedy Sunkutu), planted by Kabwata Baptist Church, has invited us to join with them to support a new church plant in Shimabala (10km north of Kafue town). Kennedy first contacted his friend, Rostern, and then in August sent the elders here at Grace a formal invitation.

An Invitation from Your Elders

The elders and I are anxious and excited to be a part of this opportunity. We are hopeful that God would produce a shared excitement in your hearts. At the end of this post you will find additional resources: sermons from Conrad Mbewe addressing the African Opportunity and Challenge, the invitation we received from Kafue Reformed Baptist Church, planting pastor, Dube Beleni’s testimony and family information, and Dube’s testimony of his call to the ministry in 2002. Rostern is in Ohio for the holidays, but I’m sure he would welcome any inquiries regarding the work in Zambia. He is close to these men and is hopeful we can be a help.

Any response by Grace Community Church can only be informed by your response in financial support.

Please join us by giving.

The last three Sundays in 2017, in the midst of this season of giving, could be a cause for celebration and an affirmation that we share in God’s desire that He be worshiped in the world. We’ll point to the Wooden Box and trust God’s provision to guide our intentions to join in the spread of the gospel in Zambia. 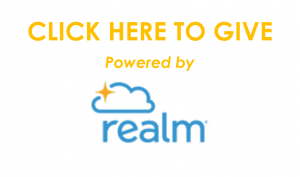